Andrews goes to war with Catholic and independent schools

For Labor health is about Politics not Patients 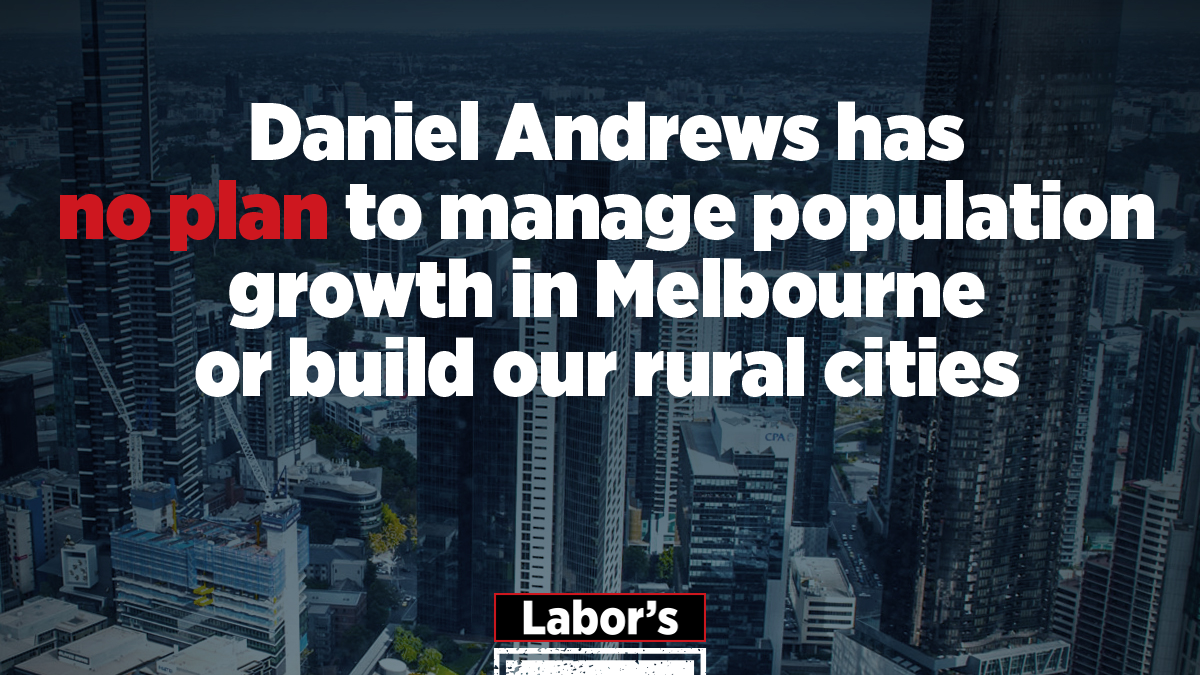 DANIEL Andrews and James Merlino have today declared a class and values war on the hundreds of thousands of Victorian parents who send their children to Catholic and independent schools, says Shadow Education Minister Tim Smith.

In a short sighted and ideologically motivated decision, this week’s budget saw the Andrews Labor government announce that they will no longer fund capital upgrades for Catholic and independent schools.

In the 2018/19 budget, there is an allocation of $1.3 billion for new schools and existing school upgrades, (page 2 of BP4) but not one new dollar for Catholic and independent schools that educate 37 per cent of Victorian students.

Labor have chosen to shut the door on the state’s 492 Catholic schools and 211 independent schools that educate 348,382 young Victorians from many different backgrounds and areas of our State.

The Andrews Labor government talks about “getting things done” and “making things fair” but how is it fair that 63 per cent of Victorian students share in 100 per cent of new money for capital upgrades and 37% get nothing?

Capital funding arrangements have been backended for Catholic schools:

But there’s been no program allocation in the 2018-19 budget. Catholic schools across Victoria are now rightly asking ‘What is the future of the program?’

Parents of students in Catholic schools will also be comparing what they have received in this budget, (nothing), with the capital funding in the 2018-19 budget for government schools.

The Andrews Labor Government hasn’t only shown it’s a slave to the Australian Education Union and the public education lobby with this spending. It’s also acting against its own interests.

Last year, the ABS showed that a number of suburbs on Melbourne’s fringes grew by over 10 per cent last financial year alone.

This creates an extraordinary challenge when it comes to providing essential services such as education – a challenge Catholic education has been helping out with, by opening five new schools this year alone in key growth areas, and lessening the burden on taxpayers and the state school system.

Catholic Education has research that indicates enrolments in the sector could increase by as much as a third if greater capital support from government was available to allow it to build facilities to meet demand.

Catholic school communities already raise 80 per cent of every dollar they spend on capital works, the essential bricks and mortar parts of school facilities. That takes a real burden off the public purse by ensuring government funds go a long, long way.

By shutting out non-government schools, the Andrews Government has added to the burden the state school system already faces.

Instead, however, Daniel Andrews has said he values his relationship with his union mates over the economic multiplier effect that extra capital funding for Catholic schools would provide.

The Liberal Nationals are committed to providing choice to Victorian parents in education, noting there is a greater proportion of Victorian students in Catholic and independent schools than any other state in Australia.

Federal Labor has recently pledged to support the Catholic education sector, as the right thing to do for our nation. It’s incredibly disappointing that the notoriously left-wing Andrews Labor government has gone down the path of the divisive politics of yesteryear and shamefully turned their backs on such important components of the non-government education sector.