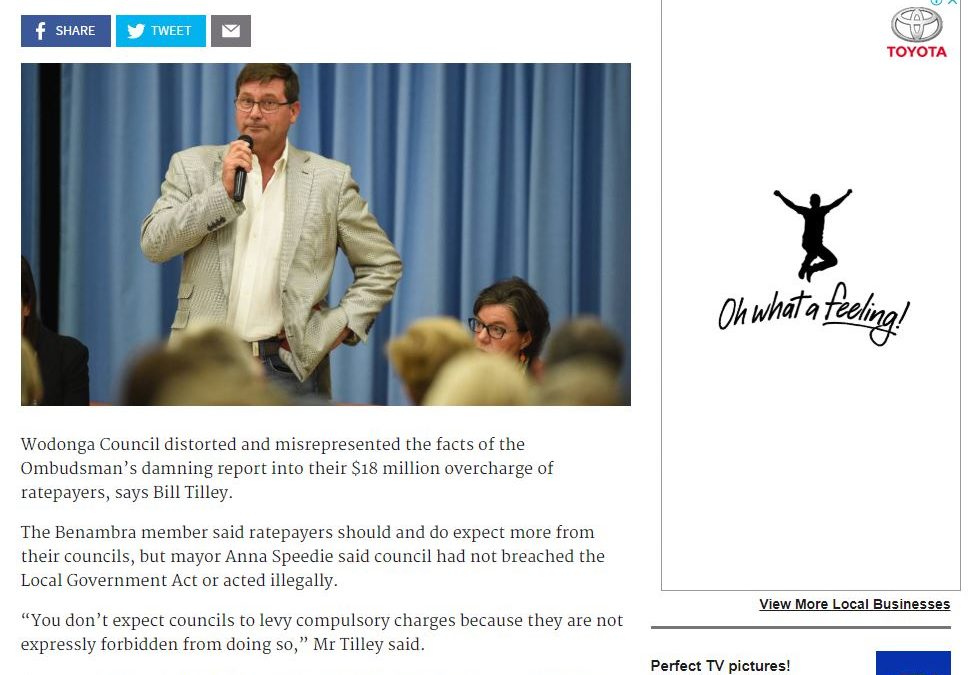 Member for Benambra Bill Tilley fears Wodonga Council has learnt nothing from the damning report into its overcharging ratepayers almost $20 million.

Wodonga ratepayers have been levied almost 50% more in waste management charges than was spent on direct waste expenditure.

Mr Tilley, who has been in discussion with Shadow Local Government Minister David Morris, said Council may not have technically committed an offence, but it is clear from the report that they were aware that Local Government Victoria had advised that “….the use of service fees to generate profits, as a general principle, was not encouraged” (p13).

“You don’t expect councils to levy compulsory charges because they are not expressly forbidden from doing so,” he said.

“The apparent justification for ignoring Local Government Victoria was the Council “… had received advice that the charges did not contravene the Local Government Act” and that it “… wished to avoid ‘unnecessary negative public reaction which may result from shifting the charges [to the general rates].”

“You also don’t expect them to avoid being up front with their communities because there might be a public backlash.”

Mr Tilley expected all councils to act in the public interest.

“Wodonga council’s response to the report is simply a collection of excuses and half-baked justifications,” he said.

“In my view it is little more than a failed attempt to distort and misrepresent the facts of this damning report.

“It appears they have learnt nothing from this experience.

“It is difficult to see how council has acted in the public interest.

“We should expect more from elected councillors and the staff they employ.”