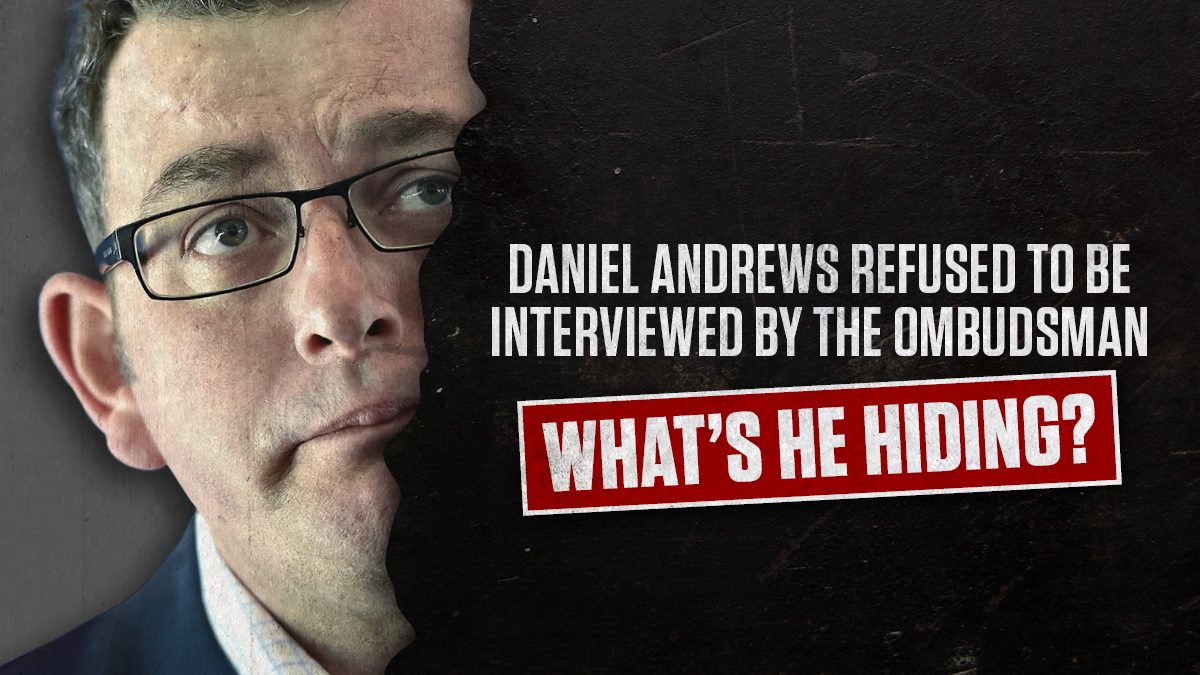 GUY: Speaker, my questions to the Minister for Sport. In Question Time on 17 September 2015, Minister you were directly asked whether any of your staff were paid to work for your electorate office but worked instead on the campaign for the Member for Bellarine. You said, ‘I reject the premise of the question. It is totally inaccurate’. Given the Ombudsman states on page 63 that you employed Jake Finnigan to work as a campaigner in the seat of Bellarine, Minister why did you knowingly mislead the Parliament? Why should you keep your job?

SPEAKER: The Minister will resume his seat, the Leader of the Opposition on a point of order.

GUY: Speaker on relevance, this question couldn’t get any simpler or clearer for a Minister to answer. I’ve quoted what he said. I have quoted what he said in Hansard, in this chamber on the 17th of September 2015. I’ve now quoted what the Ombudsman found directly contradicting what he has said in this chamber and I’ve asked him very clearly why he misled this Parliament. I ask you to bring him back to answering a very straightforward and serious question.

SPEAKER: I uphold the point of order, I ask the Minister to come to answer the question.

SPEAKER: The Minister will resume, resume his seat. I warned the Minister about the use of un-parliamentary language in the use of a particular word. Leader of the Nationals.

WALSH: On the point of order Speaker on the issue of relevance. The Minister has clearly defied your previous ruling and I ask you to bring him back to answering the question. It is a very simple question that even a simple person could answer.

SPEAKER: The Minister for Sport to come back to answering the question.

GUY: On relevance Speaker, the Minister and I say it again, was asked a very direct question about what he said in this Parliament on the 17th of September 2015. One line, ‘I reject the premise of the question and it is totally inaccurate’ contradicted by what the Ombudsman has said on page 63 where she has directly outlined Jake Finnigan as working in a campaigner in the seat of Bellarine employed by him and I’ve asked him why has he misled this Parliament.

SPEAKER: I understand, I understand the point of order. The Minister will come back to answering the question.

EREN: Speaker, Speaker as I’ve indicated I’ll have to check the Hansard to see exactly what the question was and how I answered it. And I maintain the Ombudsman report that has been handed, the Ombudsman report that has been handed down. He doesn’t like the findings. He does not like the findings, as I’ve always – What do you want to hear the answer or not?

SPEAKER: Order, Members will cease shouting across the chamber. The Minister continued his answer.

Speaker, I’ve always maintained to the best of my ability that I was following the guidelines and the Ombudsman in her latest report, which he doesn’t like because it’s not what he expected indicates Speaker, has said that the MP’s involved with the staff pooling arrangement acted in good faith, acted in good faith that no further action is required and Speaker, and Speaker I don’t know what this bloke says half the time whether it’s true or not. Of course I’ve always maintained, whether I’ve answered –

CLARK: Speaker, the Minister has now had considerable time to return to answering the question. It was a question about whether or not he employed an electorate officer to engage in campaigning I ask you to bring, bring the Minister back to answering the question that was, that was asked of him in relation to the veracity, the veracity of the answer that he previously gave to the Parliament on that issue.

EREN: MP’s acted in good faith is the comments that is made by the Ombudsman, Speaker –

SPEAKER: The Minister to resume his seat. The Leader of the Opposition on a point of order.

GUY: On relevance Speaker, I seek to table Mr. Eren, Hansard Thursday 17 September where one line the ministers’ response is simply firstly I reject the premise of the question. It is totally inaccurate. There’s your words John come and explain it.

SPEAKER: There’s no point of order, the Minister to continue his answer.

GUY: Given the Minister has stated that the method of funding campaign staff including the signing of blank time sheets in advance for a staff member to work outside of his electorate in the manner uncovered by the Ombudsman was in his words a longstanding practice and that that was a reassurance that was given at the time Minister who gave you this reassurance?

SPEAKER: Order, Leader of the Opposition on a point of order.

GUY: Relevance Speaker, a very straightforward question again quoting the Minister’s own words and simply asking him who gave, who gave the reassurance that the Minister has quoted that he was given. I ask you to bring the Minister back to answering a very simple question.

SPEAKER: Order. I don’t uphold the order that the Minister is entitled not to answer the question under the guidelines.