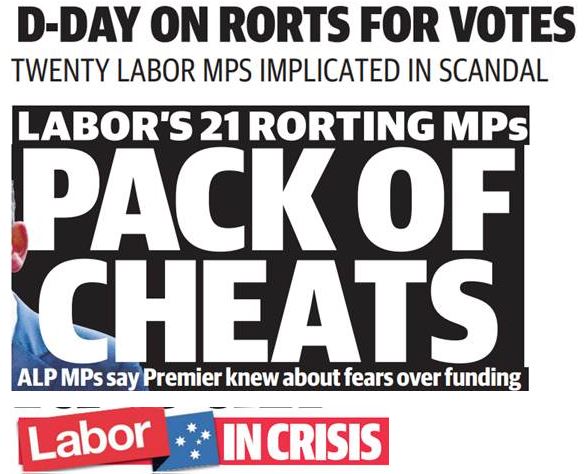 The Premier has a choice in dealing with Labor’s rorting of taxpayers’ money, says Opposition Leader Matthew Guy.

Daniel Andrews can either take responsibility for the rorting of over $388,000 of taxpayers’ money or he can stand down the six Ministers named in the Ombudsman’s investigation.

If Daniel Andrews fails the leadership test and no-one from his Government takes responsibility then the Liberal Nationals will get to the truth by establishing a Legislative Council Select Committee to complete the investigation.

The draft Terms of Reference announced this week will help complete the Ombudsman’s investigation and ensure that Victorians know the whole truth about the Andrews Labor Government’s rorting of taxpayers’ money.

“The Andrews Labor Government did everything it could to cover up its rorting by refusing to fully co-operate with the Ombudsman’s investigation,” Mr Guy said.

“There are reports that 20 former and current Labor MPs refused to co-operate with the Ombudsman’s investigation with some, such as the Attorney General Martin Pakula, claiming Legislative Assembly privilege.

“Just nine of the 21 Labor field organisers agreed to be interviewed by the Ombudsman and only one agreed on the first request.

“On page five of the Ombudsman’s report it warned: “There are gaps in the evidence of which Parliament should be aware”.

“If the Andrews Labor Government chooses to continue to hide the truth from Victorians and fails the leadership test by refusing to admit any responsibility, then the Parliament will have to complete the important process Ms Glass started.”