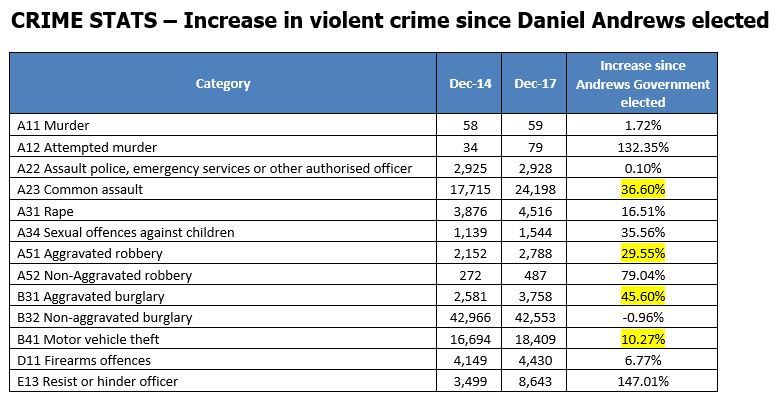 Yesterday’s crime statistics show that Victorians are less safe today than they were three years ago.

While Victorians are less safe with increases in numbers of violent crimes, NSW is experiencing dramatic declines in crime rates. 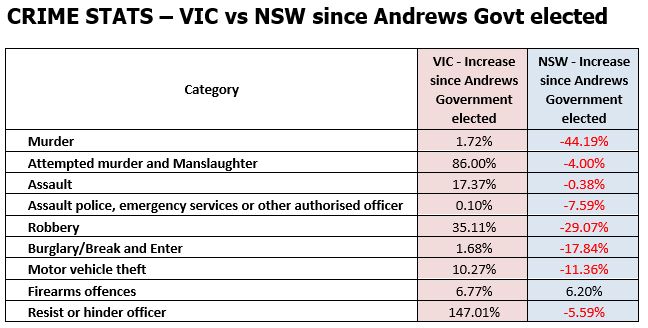 These aren’t just statistics or numbers on a sheet. Every single one of these 504,070 offences represents people whose safety and security have been violated. That’s hundreds of thousands of Victorians plus their family and friends who have been left to deal with the distress of being victims of crime.

The Liberal Nationals are offering a clear choice at the next election while Daniel Andrews is offering more of the same.

Daniel Andrews has had three years to fix our justice system but all he is offering is more excuses and spin.