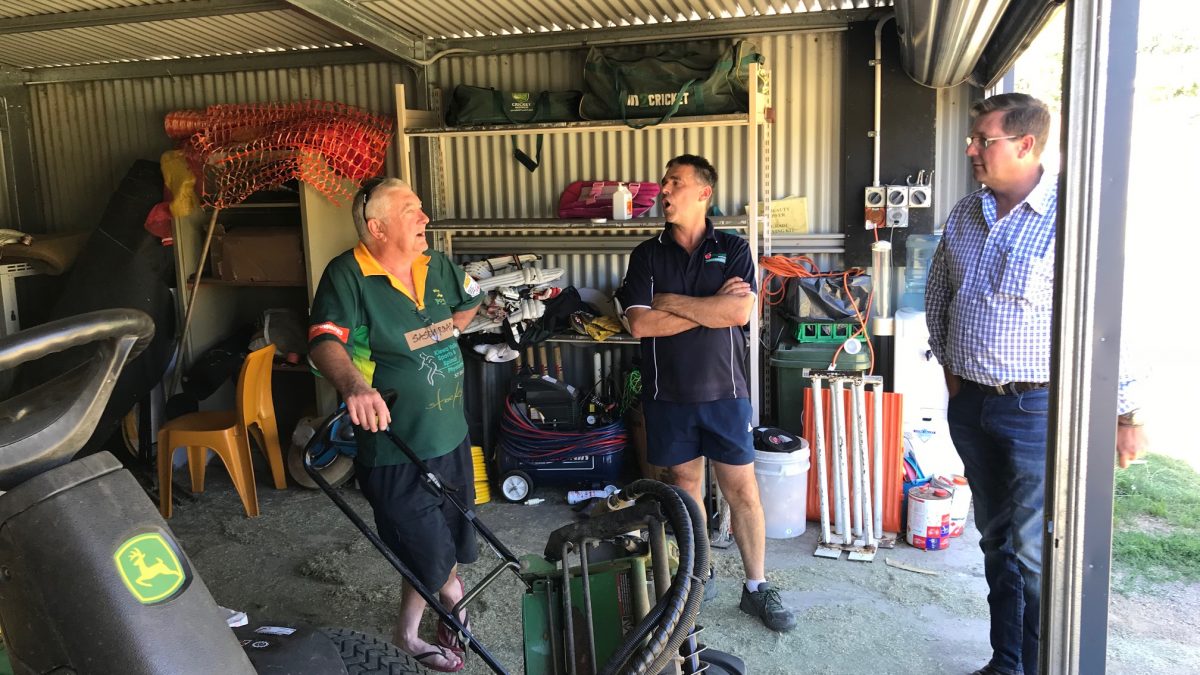 A Liberal Nationals government will back country sporting clubs over pouring money into the richest sport in the nation, says Member for Benambra Bill Tilley.

This week Opposition Leader Matthew Guy promised to redirect the money the Labor State Government has earmarked for the Brownlow Medal function room at Etihad Stadium to suburban and country sporting clubs.

“The AFL is a multi-billion dollar enterprise,” Mr Tilley said.

“There is no justification to handover hundreds of millions of taxpayers’ dollars for a CBD asset when too many boys and girls can’t even get a kick on a local oval.

“It’s the same message we are hearing, whether it is Mt Beauty Cricket Club and talking to Frank Iaria and Kevin Vale or Murray United soccer,” he said.

“The demand for sporting grounds is forcing clubs to split up age groups at different training grounds, old change rooms don’t meet today’s standards and were never designed to cater for the incredible growth in female participation, while clubs are struggling to meet the cost of the sport’s season let alone replace ageing mowers and other equipment.

“We have visited a number of clubs already and have a list of those we are hoping to get to in the near future, if you haven’t put your name down just contact the office by phone or email.”

“If I’m elected in November, I’ll take every dollar Daniel Andrews commits to the AFL to spend on Etihad Stadium and give it to local sports ground upgrades including building new female change rooms.”