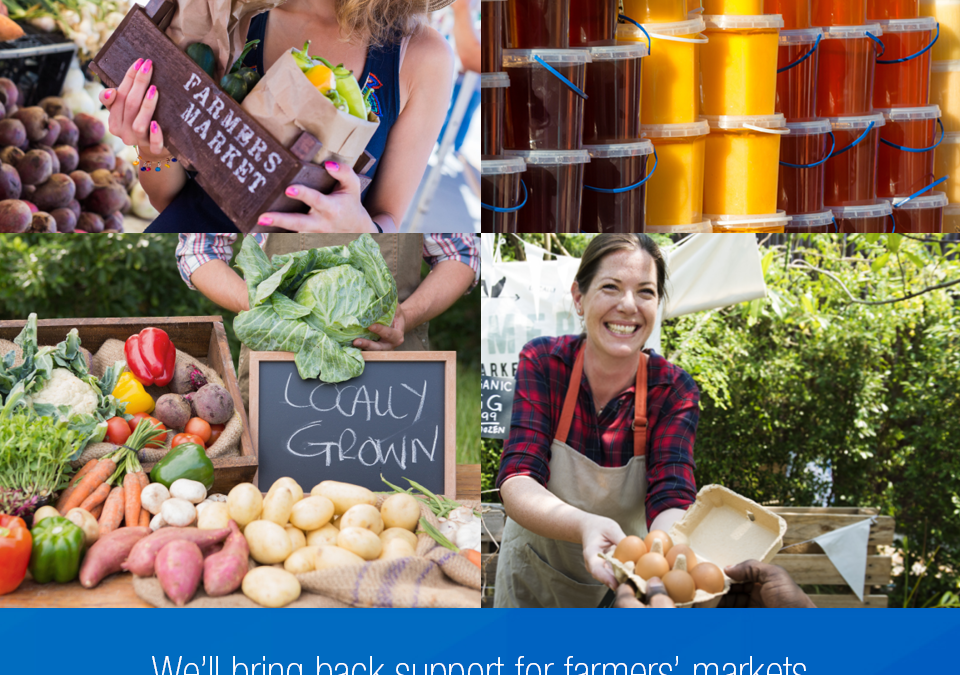 In Tooborac last week the Shadow Minister for Agriculture Mr Walsh also made a commitment to work with small food producers to cut red tape.

“An elected Liberal Nationals government will restore the successful grants program after it was quietly axed by Daniel Andrews,” Mr Walsh said.

“The Liberal Nationals are strong supporters of our small food producers and farmers’ markets because we recognise the role they play in both regional and urban communities around Victoria.

“Farmers’ markets give our producers the opportunity to sell direct to their customers and also encourage people to buy locally grown and produced food which in turn supports Victorian jobs and businesses.

“For many communities, the local farmers’ markets also play a role in supporting local tourism.”

Mr Walsh said a Liberal Nationals’ government would also work with small food producers to cut red tape that is currently a barrier to productivity and growth.

“Our small producers have a reputation for providing high quality, delicious, locally made goods but red tape is making it harder for them to do business,” Mr Walsh said.

“Labor seems intent on wrapping our small producers up in kilometres of red tape.

“The Liberal Nationals will take a common sense approach and work with our small food producers to ensure there are sensible regulations so they can get on with business.”