Tackling crime before it starts 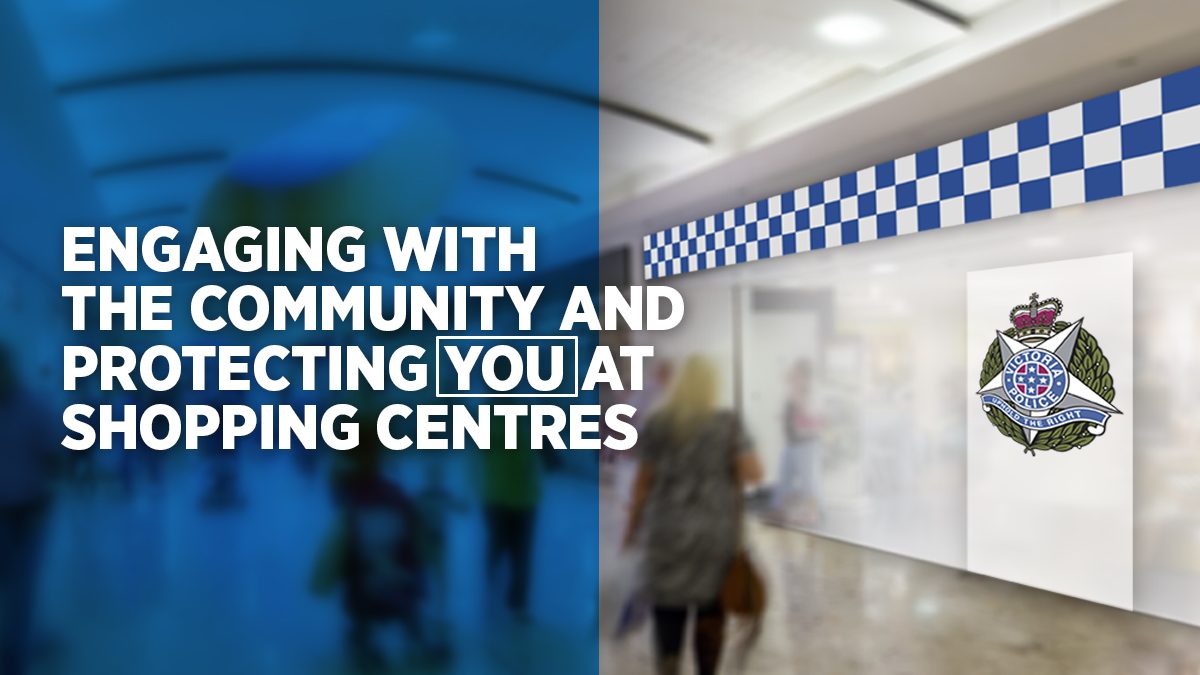 The Liberal Nationals will take a new approach to policing and community engagement.

If elected in November, the Liberal Nationals will invest $7.2 million to establish 12 Victoria Police Shopfronts in the largest and busiest shopping and entertainment hubs across Melbourne and Geelong.

To complement our policies to toughen the justice system by reforming bail, parole and introducing a mandatory sentencing regime, a Matthew Guy Government will also increase the police presence in the community and boost the resources available to Victoria Police to proactively prevent crime and engage with the community.

The Liberal Nationals will work collaboratively in partnership with Victoria Police and centre operators to proactively improve community safety for visitors, retailers, their staff and local communities.

There is a real opportunity to improve the community safety for the tens of thousands of Victorians who visit our large shopping and entertainment centres every day. Shopping centres are major focal points for the community, and among the most visited places across Victoria.

Victorians deeply respect the work our police do but they want to see them more engaged in the community for reassurance, prevention and as community leaders.

The Liberal Nationals have consulted with the operators of these centres – which includes groups such as Scentre Group, Vicinity Centres, The GPT Group and QIC – who are happy to partner with police and provide space for police shopfronts and associated facilities.

These centres have been carefully selected on the basis of population, the number of shoppers and visitors, the surrounding communities that are served by these destinations, and for the services they provide to the community.

The new shopfronts will be fully staffed by sworn police members. The Liberal Nationals additional police resourcing policy will be announced closer to the November 2018 state election.

The Liberal Nationals have consulted widely in the development of this policy initiative with Victoria Police, The Police Association and shopping centre operators.

This is about building a stronger partnership between police and shopping centres to improve community engagement with police, and ultimately the safety and security of visitors, retailers and their staff.

The nominated centres will help maximise police engagement with the community, and include Victoria’s top 5 centres (Chadstone, Westfield Fountain Gate, Highpoint, Westfield Doncaster, Westfield Southland) with an annual 80 million customer visits and 2,100 retailers and their staff.

Future shopfront police facilities were supported by Victoria Police in its 2014 ‘Blue Paper’ as a means to increasing a visible proactive police presence within communities.

Police shopfronts have been successfully established in other domestic and international jurisdictions, including the ‘Police Beats’ program in Queensland, and provide a visible frontline police presence, with proactive patrols of centres and carparks deterring crime while being able to respond quickly to any incidents that occur within a centre.

Shopfronts could also play a vital and important role in both direct community safety and asset protection of major shopping and entertainment centres through proactive intelligence gathering.

The Commonwealth Government has flagged greater proactive private sector participation in the collaborative protection of assets and infrastructure such as shopping centres and sporting/entertainment venues.

Police shopfronts with on-the-ground patrols could play a vital and important role in the identification of suspicious activity or individuals to mitigate the threat of terrorism.

“I will make Victoria safe again.

“My government will have a visible police presence engaging with the community and protecting our major shopping hubs.”

“Labor’s approach to crime is not working and it’s time we take a new approach.

“Daniel Andrews has presided over a crime wave and only the Liberal Nationals have a plan to fix it.”

Read more about our range of solutions to make Victoria safe again.