Victorians in the dark on Ambulance Performance 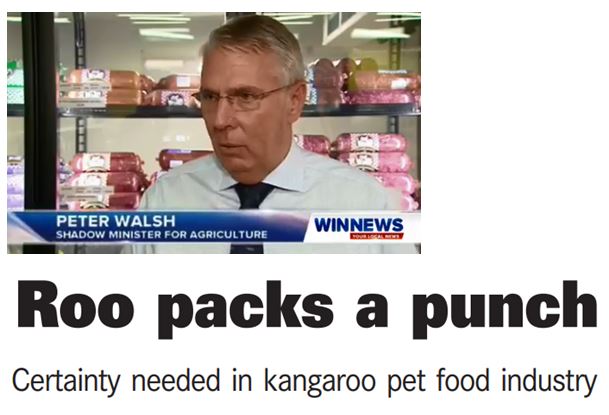 In Seymour to make the announcement, Shadow Minister for Agriculture Peter Walsh said the Liberal Nationals will also expand the program to take in other areas where kangaroo numbers are out-of-control.

“Daniel Andrews and his city-centric Labor Government refuse to support this fledgling industry and the jobs it’s created.

“Unlike Labor, the Liberal Nationals are committed to helping Victorian farmers, making sure processors have confidence to invest in the industry and supporting existing and future jobs.”

The industry has been dogged by uncertainty, with the Andrews Labor Government failing to commit to the program, despite it proving to be an outstanding success.

Since the trial was established by the former Liberal Nationals government in 2014, about 87,000 kangaroo carcasses, that would have otherwise been discarded, have been processed.

Currently, the trial is restricted to 16 regional LGAs, but the Liberal Nationals’ plan would expand it to all rural and regional LGAs.

A permanent program would align with the guidelines of the existing trial and would not change the requirement for Authority to Control Wildlife permits to be issued for any kangaroos used as pet food.

Mr Walsh said the Liberal Nationals would give industry certainty, even if Labor refused to make the trial permanent when it expires at the end of March.

“In plague numbers, kangaroos cause extensive damage to fences, compete with domestic animals for food and water and trample crops,” Mr Walsh said.

“The kangaroo pet food trial has proven this creates jobs in regional Victoria and it makes use of a resource that would otherwise rot in paddocks.

“The Andrews Labor Government isn’t prepared to guarantee this industry’s future, but the Liberal Nationals will.”