Taking our water, ignoring the consequences 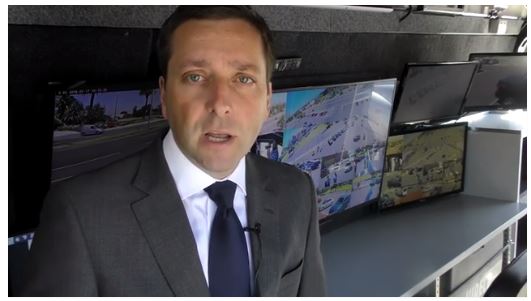 A Liberal Nationals Government will work with the Chief Commissioner to establish a Victoria Police Mobile CCTV Cameras Surveillance Unit to help make our streets safer, especially at events throughout the state with large numbers of people, says Opposition Leader Matthew Guy.

This $3.6 million project will include the purchase and operating costs of four self-contained mobile surveillance vans fitted with the latest CCTV cameras, communications and audio surveillance technology to monitor locations such as popular sporting, community and cultural events or protest rallies where violence is a possibility.

The four self-contained mobile surveillance vans fitted with the latest CCTV cameras will be operated by a team of approximately 10 specialist police.

“I am going to put more police on the beat with more resources, introduce tough mandatory minimum sentences and put an end to dangerous and violent criminals getting easy bail and parole.

“At the next election, Victorians will have a choice between my policies to get tough on violent criminals or more of the same from Daniel Andrews.”

“Crime is up over 12% under Daniel Andrews and that’s why we have announced a series of policies to fund more police and give them greater resources like mobile surveillance units for extra security at popular events and busy locations.

“Victorians deserve to feel safe and they deserve a government that will introduce the policies needed to stop Labor’s crime tsunami.”