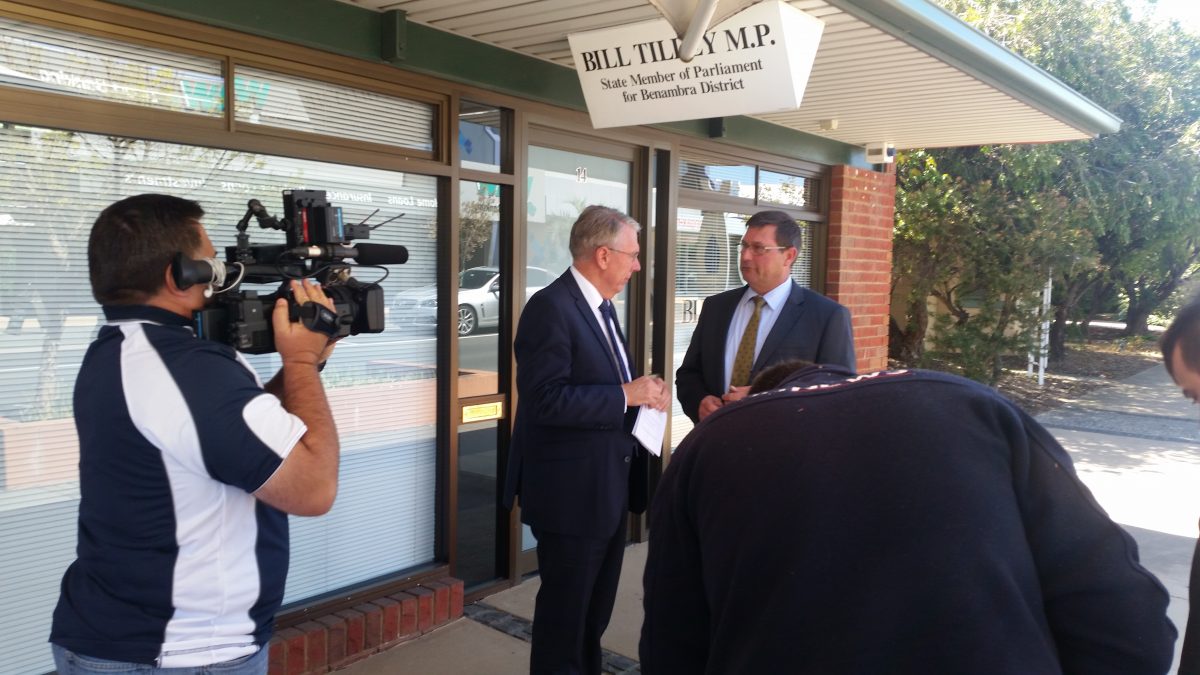 Communities along Victoria’s state borders will benefit from the services of a dedicated Cross Border Commissioner under an elected Liberal Nationals government.

Member for Benambra Bill Tilley said people living and working in Victoria’s border communities alongside NSW and South Australia face unique problems, including with access to services, licencing and coordination of emergency services.

He said for business owners and residents, changes across the NSW border were an added complication to everyday life.

“It means our tradespeople have to get two separate licences to operate their business, while farmers and transport operators require two separate permits to move agricultural equipment,” Mr Tilley said.

“It also makes it harder for our police officers and emergency services to share the information they need to do their job.

“The Victorian Labor Government announced that it was looking at a business case in June, one of its departments still has a feedback channel open on the subject and yet nothing is done.”

Shadow Minister for Regional Victoria and Decentralisation Peter Walsh will be in Mildura today to make the announcement.

Areas the Cross Border Commissioner would focus on include regulation and licensing, legal systems, emergency services and service delivery.

“An elected Liberal Nationals government would ensure our communities have a dedicated Cross Border Commissioner based in regional Victoria to identify and solve these problems,” Mr Walsh said.

“The Liberal Nationals want to make it easier for border communities to go about their business.

“NSW already has a Cross Border Commissioner and has signed agreements with both Queensland and the ACT.

“It’s time for Victoria to take action to resolve our cross border issues with South Australia and NSW.”