Labor at risk of Hazelwood 2.0 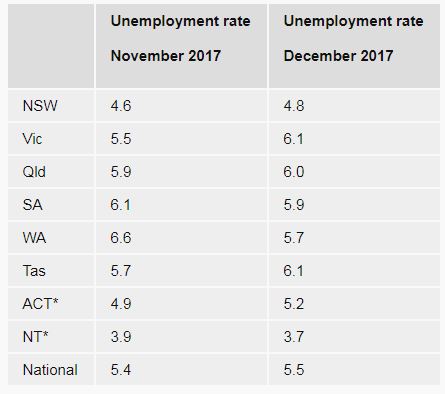 Today’s unemployment figures show that while the NSW economy continues to stride ahead, Victoria remains at the back of the pack weighed down by Daniel Andrews’ 12 new taxes and over $20 billion in budget blowouts, says Shadow Treasurer Michael O’Brien.

For the month of December 2017, the state of Victoria experienced the biggest single increase in unemployment of 0.6%.

“These aren’t just statistics on a spreadsheet, they represent real people who are without a job – mums and dads, young people trying to earn money to buy their first home, older workers trying to save for retirement and young kids out of school hoping to build a future,” Mr O’Brien said.

“It is now the 16th consecutive month where Victoria’s unemployment rate has been higher than the national average.

“Victoria is now the highest taxing state in Australia thanks to Daniel Andrews; this is not how to encourage businesses to employ more workers.”

With NSW having an unemployment rate massively lower than Victoria’s, it is clear that Daniel Andrews’ 12 new taxes and budget blowouts are failing and costing Victorian jobs.