Do the crime, do the time 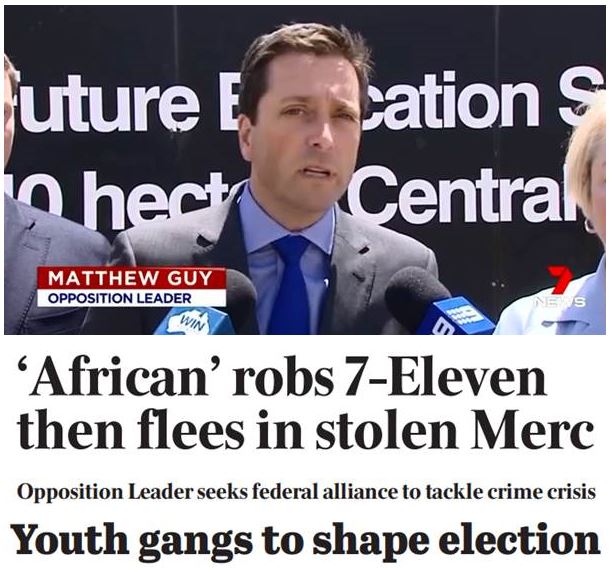 THE Liberal Nationals propose an amendment to the Sentencing Act 1991 to ensure that offenders who commit violence crimes while on bail or parole do not avoid serving additional jail time for those offences by receiving a concurrent sentence.

This would apply to violent offences like the 11 crimes contained in the Liberal Nationals mandatory sentencing plan for violent re-offenders, including: murder, rape, aggravated car-jacking and aggravated burglary.

The 11 offences for mandatory minimum sentences are:

Sentencing Advisory Council figures show that breaches of bail conditions and court orders now account for 10% of all offences sentenced in Victoria.

As it stands, the Sentencing Act 1991 allows two or more terms of imprisonment to be served either concurrently (at the same time) or cumulatively (one after the other). There is a general presumption of concurrency, but a number of exceptions exist which create a presumption of accumulation in more serious classes of offending.

Comments attributed to Leader of the Opposition Matthew Guy:

“If you do the crime a Liberal Nationals Government will make you do the time and not a discounted sentence.

“Victorians have had enough of violent criminals who re-offend while on bail or parole.

“Bail and parole are a privilege and not a right.  They give alleged offenders and offenders a chance to prove they deserve to live in the community.

“But under a Guy Government if a violent offender takes that chance and squanders it by re-offending, they will not only lose that privilege but be expected to serve time for each offence.

“That’s why the Liberal Nationals have announced changes which will abolish concurrent sentencing for those who offend while on bail or parole.

“This sends a clear message: if you are a violent criminal that offends while on bail or parole, you will serve time for each individual offence, one after the other. That means longer time behind bars.

“Under a Guy Liberal Nationals Government, those who offend while on bail or parole won’t have the soft option of concurrent sentences.

“This is the first in a series of reforms aimed at ending concurrent sentencing for Victoria’s most dangerous and violent criminals.

“The Liberal Nationals are also working on policy reforms for the practice of concurrent sentences for extremely violent crimes like murder, rape, and aggravated assault and further announcements will be made in due course.”

“This tougher sentencing policy is targeted at Victoria’s most dangerous and violent criminals, the worst of the worst.

Our message to dangerous and violent alleged offenders and criminals is clear – if you receive bail or parole, the community expects you to take that opportunity to rehabilitate and not to take it as a green light to keep offending.

We need to have zero tolerance approach towards violent criminals who re-offend while on bail or parole.”