Another massive cost blowout under Andrews

Recall Parliament and the Premier from holidays 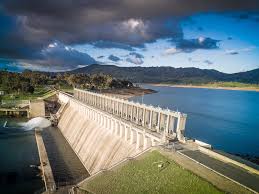 Shadow Water Minister Steph Ryan has called on all Basin ministers to commit to reviewing whether South Australia’s Lower Lakes even need an extra 450GL of water from upstream states, including Victoria.

Victorian irrigators and river communities still face the threat of more water being taken from use, despite the Andrews Government claiming a ‘win’ at the Basin ministerial council this week.

Basin communities are sick and tired of the South Australian Labor Government holding our communities to ransom.

By withdrawing support for the 605GL of adjustments to the Murray Darling Basin Plan until the extra 450GL is delivered, South Australia has left Victorian irrigators in limbo.

In the past 12 months, 3600GL of water poured into South Australia’s Lower Lakes at the mouth of the Murray River, only to evaporate or flow out to sea.

A review would determine if South Australia’s Lower Lakes even need the extra 450GL of water.

Lisa Neville failed to convince her South Australian Labor colleague to support the 605GL worth of projects, which would mean less water would be recovered from Victorian irrigators.

The Andrews Labor Government claims to have ‘secured a win’ for Victoria, but Victorian irrigators still face the threat of further water being taken from them.

The South Australian Labor Government is to holding us to ransom and playing politics with farmers’ livelihoods.

We need a full review of whether the 450GL even needs to be recovered for the Lower Lakes.

Northern Victorian communities can’t afford to lose any more water. We shouldn’t have to see more jobs and farms lost because of a decision that was based on politics, not science.