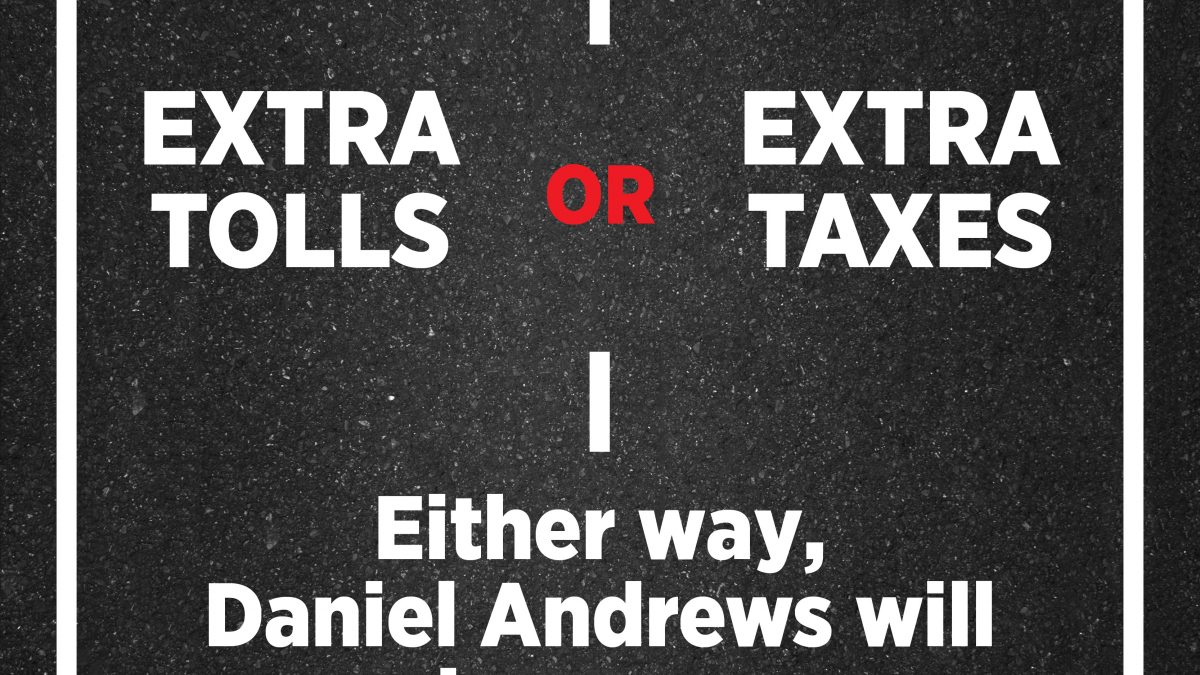 Under Daniel Andrews, Transurban is the winner while CityLink motorists in the south-east and north are losing out, says Opposition Leader Matthew Guy.

Higher tolls, longer tolls, new tolls and a city access tax. That’s what Daniel Andrews has signed us up to.

Today it has been revealed the cost of the West Gate Tunnel project has blown-out to $6.7 billion from the original $500 million project Daniel Andrews took to the election.

Further it has been revealed that the annual toll increase will be significantly higher than expected, meaning motorists could pay as much as $15 billion in CityLink toll extensions between 2035-2045.

This week the Coalition also revealed that transport project blowoust had wasted close to $24 billion.

It’s clear that Daniel Andrews is more concerned about shovelling profits to Transurban and does not care about Victorian motorists.

This is a Christmas present from Daniel Andrews to Transurban at the expense of CityLink motorists.

This is the same Premier who paid $1.3 billion not build the East West Link, now we’re seeing him slugging Geelong and western suburbs motorists a city access tax and CityLink motorists with a $15 billion toll extension.

Last Friday, the Liberal Nationals wrote to Transurban to advise it that we will be voting to disallow any Andrews Labor Government proposal to amend the CityLink Concession Deed so as to extend the period of the concession in order to fund the West Gate Tunnel.

The Liberal Nationals have made it clear we will honour any Victorian Government contracts legally entered in to.