Pick a number, any number 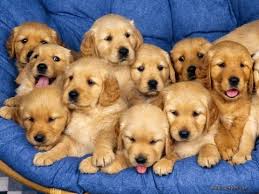 The Andrews Labor Government is making a dogs breakfast of its puppy farm reforms.

There’s no scientific evidence to support Jaala Pulford’s decision to put responsible and lawful dog breeders out of business by limiting the number of fertile female dogs.

“Animal welfare is not dictated by the number of dogs a person has; it is more dictated by the attitude that the animal owner has or the people in charge of looking after those animals” (p 33)

It’s clear Labor’s desperate to get its reforms through no matter the cost, only sharing the full details of its House amendments with key stakeholders days before they were announced.

All Labor’s reforms will achieve is to make it harder and more expensive for people to get the family pet of their choice.