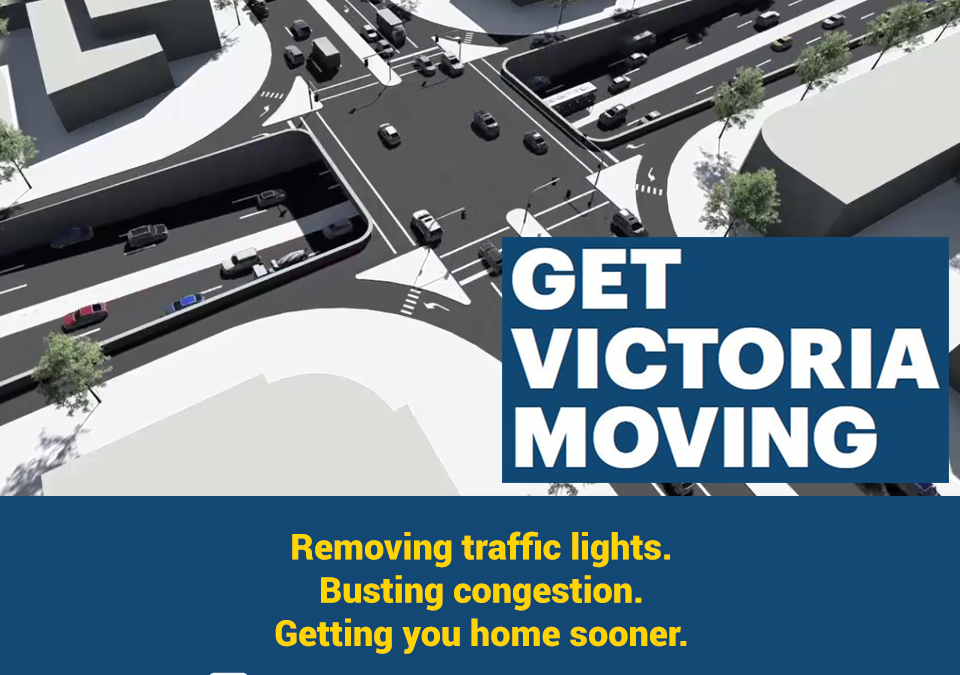 A Liberal Nationals Government will commit between $4.1 billion to $5.3 billion to removing traffic lights and roundabouts through grade separations at 55 of Melbourne and Geelong’s most congested intersections on our busiest arterial roads.

Traffic congestion costs our economy around $5.54 billion a year.

Traffic congestion causes delays and frustrations which means we have less time to spend with family and friends. 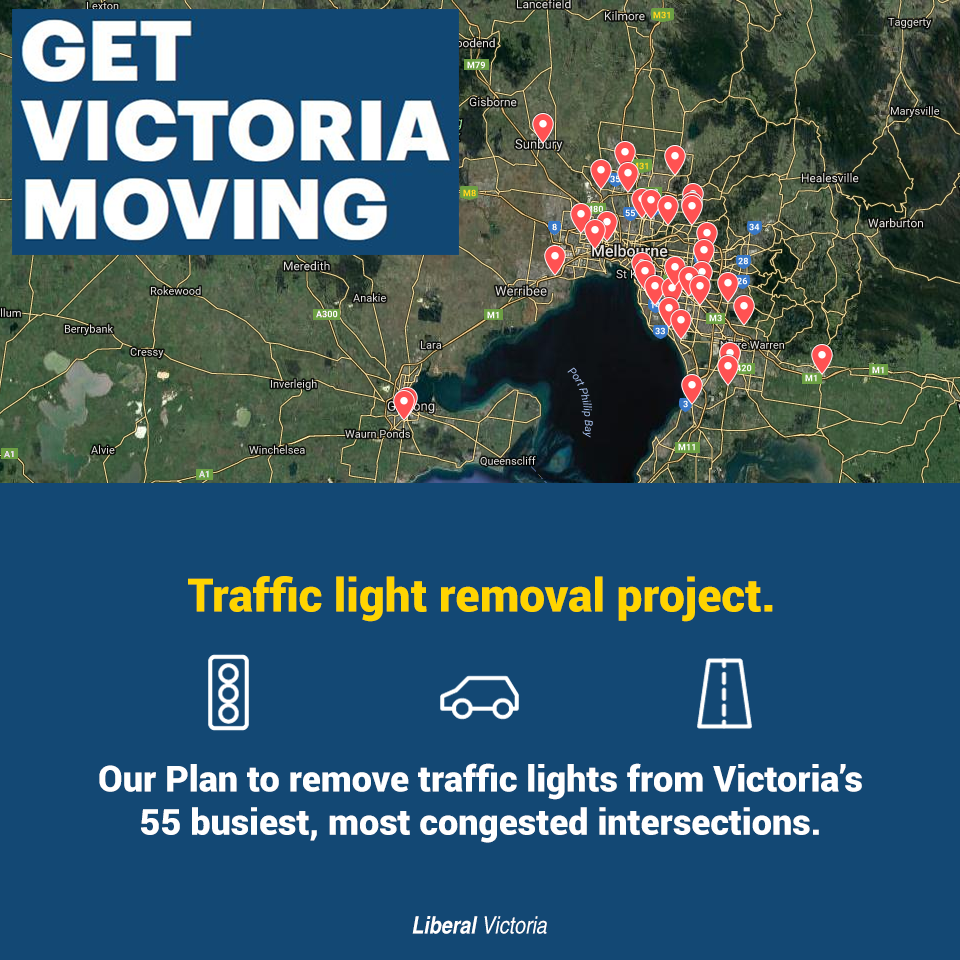 Census data shows that 74% of Melburnians take a car to work every day.  That’s why more of the same band-aid approach to addressing traffic congestion won’t work.

My traffic light removal project continues the work of the level crossing removal program to eliminate congestion hotspots across Melbourne and Geelong.

Everyone agrees level crossing removals will help free-up traffic congestion, but it’s only part of the solution.  The other part of the solution is to remove some of the worst congested traffic light intersections and major roundabouts by grade separating them.

Removing these suburban congestion hotspots will make our roads safer and keep traffic flowing which means less time spent sitting in gridlock and more time at home with family and friends.

It also means people like tradies, couriers and salespeople who use the roads to get between jobs, will be able to do so more quickly.  That’s good for business and good for jobs.

This project will create thousands of jobs in the construction phase and it will help accommodate Melbourne’s burgeoning population growth.

As part of our congestion-busting project, we are announcing 35 intersections that will be grade separated, with another 20 to be announced after further community consultation.

If a Liberal Nationals Government is elected in November 2018 we will expand the role and operations of the Level Crossing Removal Authority – which would be renamed Intersection Removal Victoria – to manage this funded $4.1 billion to $5.3 billion jobs and infrastructure project.

Construction of the first intersection removals will commence as soon as possible with a target of completing 30 grade separations within the first term of government and completing another 25 in the following term.

The design of each traffic light removal will be completed by engineers and associated experts in consultation with local communities. Key design considerations will include road safety, efficient movement of traffic and aesthetics.

As part of this project, traffic signal systems will be modernised to ensure traffic flow is optimised on corridors where intersections are removed.

At the next election, Victorians will have a clear choice.  They can choose a more of the same Band-Aid approach from Daniel Andrews or they can choose my comprehensive plan to remove bottlenecks at our worst congested intersections.

One thing is certain: if you stick with Daniel Andrews, you’ll be stuck in traffic.

My plan will get Melbourne and Geelong traffic moving.